Over the decades, we have all read or pondered the age-old adage “Nature versus Nurture”. Scientists, doctors, philosophers, educators, and everyday parents debate whether genetics or environment that determines success.

Number-one New York Time best-seller “Outliers” by Malcom Gladwell is must-read. Mr. Gladwell popularized the “10,000-hour rule”, originally formulated by psychologist K. Anders Ericksson. The “10,000-hour rule” suggests that any person needs 10,000 hours of practice to be an expert – or at least very good – at whatever they are trying to achieve. Similarly, American parents would tell their children how to get to Carnegie Hall – “Practice”.

How do many of us – including myself – spent hours practicing a musical instrument for hours? I was so bad, I was actually paid by my father not to (true story). As you smile, the reality is that this popular concept of long hours of practice is now being debunked and replaced with quantifiable studies.

One such study is found in the book “Peak Performance: Elevates Your Game, Avoid Burnout, and Thrive with the New Science of Success” by Steve Magness and Brad Stulberg. In short, the main thesis is that success is more determined by the way you practice rather than the amount of time devoted. Similarly, I would tell my students “work smarter – not harder”.

The well-known rags to riches, poverty to wealth story of Horatio Alger bears a striking similarity to the story of Jack Ma of Alibaba – the quintessential Chinese comparison to the iconic American dream. The reality is “hard work beats talent, but only when talent doesn’t work hard”.

Other research by Daniel W. Belsky at the Duke University School of Medicine study of 918 people from Dunedin, New Zealand depicted a high correlation of a person’s genome that predicts educational success and other forms of success.

Researcher Wei Chi of Tsinghua University showed that genes are responsible for influencing personality traits such as self-control and motivation, which directly impact a person’s success. In fact, the main gene seems to be DRD4, which affects dopamine receptors. Another gene DRD4-7R is related to attention deficit disorder as well as leadership.

These genes impact a person’s education from Kindergarten to Doctoral programs. They also affect afternoon soccer and baseball success. But they don’t seem to impact business acumen, per say.

A new study published in Psychological Science included 11,000 participants. This study covered more than 88 previous studies which related to the notion of practice makes perfect, and could predict performance in music, games, sports, educational, and occupational domains. The biggest correlation was with games and music, but much less correlation in education and success in business/professions.

So, what does all this mean? I conducted my own research back in 2002, and the results were fascinating. I learned that almost 70 percent of the Forbes 400 (the 400 richest Americans) started with less than $25,000 in their previous twenty years, yet they became some of the richest people in the world. There are so many wealthy billionaires that grew up poor and not “connected”. Examples include:

There are countless stories like the ones above. Just as with individuals, businesses can succeed and fail based on so many different factors. Allow me to share the example of Rovio – a Finland-based company that had 51 failed mobile game apps before launching Angry Birds. Angry Birds later became one of the most downloaded games in history, placing the company’s worth somewhere in billions. So, the fact is hard working, perseverance, and tenacity do lead to success.

I want to share a personal story. I once went on a job interview for which I felt under-qualified. I didn’t have the right pedigree of schools, and my upbringing was lower-middle class. But my parents instilled into me great values – though they couldn’t afford private education. At the interview, I met the senior boss. He told me that he didn’t look at meaningless resumes, and that he only hired candidates with PhD’s. I knew my interview was over until he said, “not the PhD you are thinking of… in fact, you fit exactly what we are looking for.” He followed with, “our PhDs are poor, hard-working with a desire to become Rich”.

In conclusion, one must define success for himself/herself. The key to success I have found is contentment – understanding that “less is sometimes more”. Happiness is the bonus – the whip cream on the cake. So, strive for contentment and worry about happiness later. If you achieve, that you are a success.

“Have a meaningful day and journey”! Dr. Kash

Why Stress May Be Good For You

Almost everyone, everywhere feels stress. Strangely, ‘stress’ transcends culture, gender, and economic position. Neither the rich nor the poor are immune from it. The young and the old are susceptible. It is the singular theme that emerges from every meeting in the diverse countries where I lecture. Stress has become the number one obstacle to life satisfaction.

Here is the surprising thing: Stress itself is not the enemy! In reality, the positive stress we experience is what motivates us. It is the key to growth. For example, in order for a muscle to grow it must experience stress. So, too, stress stimulates and steers our personal mental performance.

The real enemy is the lack of recovery. Stress is simply the release of adrenaline in the body in response to a trigger. Intermittent spurts of adrenaline are good for us. Positive stress enables us to reach goals, achieve targets, and get ahead with life. Determination and ambition are just synonyms for good stress. Obviously major negative life stressors such as loss and trauma are always ‘bad stress’. But the daily grind of work and life commitments need not push us into overwhelming exhaustion.

Constant expectations, demands, and deadlines may lead us to depletion and burnout. This is because we continue relentlessly without taking breaks. We are not designed for continuous, sustained performance. We’re most productive when we move between expending energy and intermittently renewing our energy. Very short intervals of effective energy renewal are vital during the workday, followed by longer periods outside of work. Here are five ways to make stress work for you: 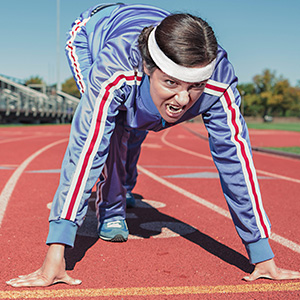 1. ENGAGE INTENSELY AND THEN TAKE A BREAK EVERY 90 MINUTES

Focus in the most absorbed way possible when you are working, and then take a break at least every 90 minutes. It’s not how long you take off that matters most, but rather how skillfully you use these very short periods of renewal. Get up from your desk and stretch your muscles. Take a short walk. The simplest way to recharge energy is by breathing. You can dramatically lower your heart rate, your blood pressure and your muscle tension in as little as thirty seconds. 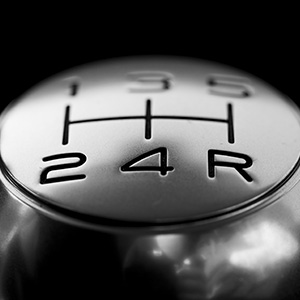 2. TURBO CHARGE ADRENALINE. THEN SWITCH IT OFF

There is no better way to make stress work for you than by temporarily pumping up adrenaline levels. The work–out and then the post exercise switch-off will shift your body from a stressed-out state to a relaxation and recovery mode. In recent years, High-Intensity Interval Training (or HIIT) in particular, has been shown to significantly enhance work performance, energy sustainability and mental stamina. 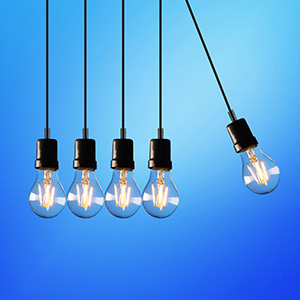 3. MANAGE ENERGY RATHER THAN TIME

Time is finite. But energy – the capacity to do work – can be expanded and regularly renewed. Energy is the fundamental currency of high performance and yet we misuse it badly. We eat highly processed, refined foods and high sugar instead of nourishing ourselves with super-foods. We sit for long periods of time causing stasis of our blood flow and poor oxygenation of our body and brain. Not much positive comes from putting in extra time without devoting high quality focused energy. 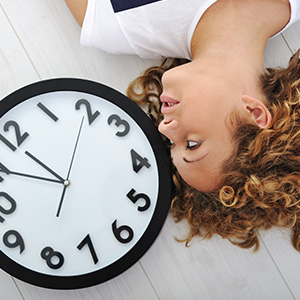 Although managers expect their employees to be at their best at all hours of the workday, it is an unrealistic expectation. As humans, we have a well-defined internal clock that shapes our energy levels throughout the day, called the circadian rhythm. This precise and regular system facilitates the release of different hormones and enzymes at specific points through the day. A way to make stress work for you is to use the high-energy morning – when cortisol is at its lowest – for your most difficult, intense, and highly focused work. 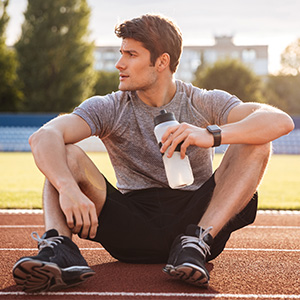 5. BUILD RECOVERY INTO YOUR LIFE

There is an antidote to fatigue and its impact on performance and competence. Not surprisingly, the antidote is rest! Learning to practice mindfulness and meditation are very effective ways to defuse the overwhelming stress, strengthen neural connections, oxygenate the brain, and enhance powerful brain neurotransmitters 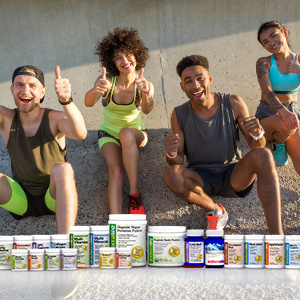 Your body and brain need a constant supply of high-quality nutrients to keep your energy levels and mental stamina going. There is no better way to recover your energy whilst literally feeding the neurons of your brain and the cells of all your body systems with your Andorra Life supplements. Check out all the amazing new benefits of the different products HERE

We may have resigned ourselves to the fact that stress, fatigue, and exhaustion are simply part of life in the 21st century fast lane. The good news is that we can enhance and sustain performance by a change in our mindset – “make stress work for you” – and implement some of these simple strategies.